Reconstruction of the foundations of Bunker 2 aka The Little White House, the second peasant cottage converted to a homicidal gas chamber by the Germans at Auschwitz-Birkenau


The highly authoritative scrapbookpages website advises that back in 1998 the location of where Bunker 2 once stood was unknown to the Auschwitz tour guides. And it appears that further additions have been made since scrapbookpages' 2005 visit to Auschwitz
http://www.scrapbookpages.com/auschwitzscrapbook/history/articles/Birkenau03.html

These are reconstructions of the foundations of the two undressing rooms for gas chamber victims next to Bunker 2, these evidently have been added to the exhibit since 2005 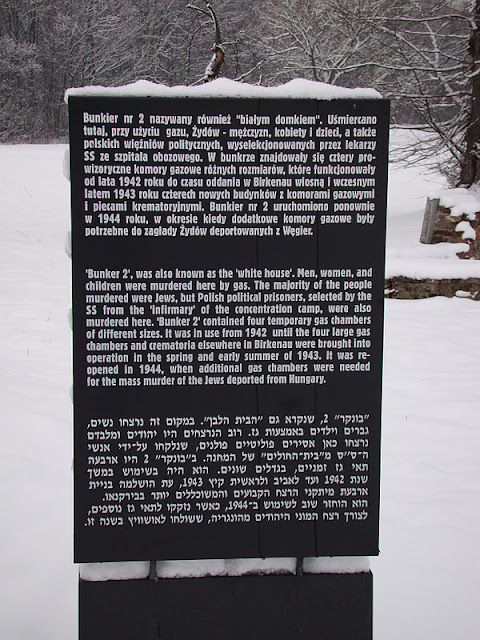